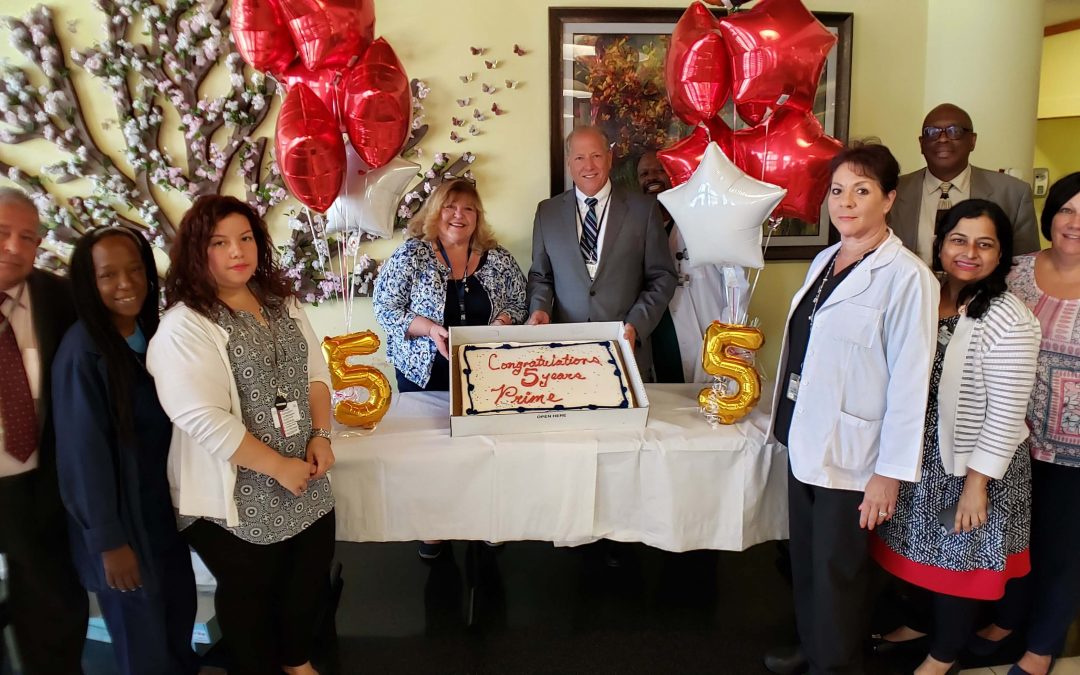 St. Mary’s General Hospital marked their fifth anniversary with Prime Healtcare Services this month. In August of 2014 Prime Healthcare Services made a commitment that St. Mary’s General, the only hospital in the city of Passaic, would remain open. The financial stability provided by Prime not only kept the hospital open as an acute care hospital but also allowed it to grow and prosper.

During this time, Prime has invested over $60 million dollars in transforming St. Mary’s General into an award-winning hospital with a bright future. To celebrate this momentous occasion, St. Mary’s General hosted a cake cutting ceremony led by President & CEO, Edward J. Condit.

Thank you to Prime, all our dedicated team members and Medical Staff, as well as to our community who we so proudly serve!