Home 9 About Us 9 Our History

The city of Passaic, New Jersey was once home to three hospitals. Though comprehensive in their medical services, each had its own specialty. The General Hospital Center at Passaic was renowned for its Cardiac Services and for pioneering the first open heart surgery in the state; Passaic Beth Israel (PBI) Hospital was a respected center of excellence in the field of Oncology; and St. Mary’s General Hospital was lauded for its Maternal-Child and Behavioral Health Programs.

Due to a variety of unfortunate circumstances, PBI Regional was forced to declare bankruptcy in early 2007. The community and political representatives advocated and petitioned the State of New Jersey to consolidate all operations under St. Mary’s General Hospital and acquire PBI Regional Medical Center. 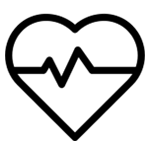